125
Today at 11:20
Latest from the world of advertising with Jonathan Cherry
Today with Kieno Kammies
Guests
Jonathan Cherry - Director at Cherryflava Media

125
Today at 11:32
Latest from the world of advertising with Jonathan Cherry
Today with Kieno Kammies
Guests
Jonathan Cherry - Director at Cherryflava Media

125
Today at 11:45
Trendspotting with Chantell Illbury
Today with Kieno Kammies
Guests
Chantell Ilbury - Scenario Planner at Mind of a Fox

125
Today at 18:13
what to expect from the first 100 days of 46th President of the US, Joe Biden
The Money Show with Bruce Whitfield
Guests
Ursula Perano - Breaking News Reporter at Axios

125
Today at 18:48
ZOOM : Joe Biden inauguration. as US' 46th president. And legacy of T**** as 45th president
The Money Show with Bruce Whitfield
Guests
Julia Chatterley - Anchor and correspondent at CNN

125
Today at 19:08
SKYPE Business Unusual - the money to be made from being mindful
The Money Show with Bruce Whitfield
Guests
Colin Cullis - Product Owner at Primedia Broadcasting

Azania also has a unique way of tackling burning issues such as university protests and has brought her own take to the ongoing discussions about higher education transformation.

Some of the features on her show include the Masterclass feature, which in line with our stated intention of opening minds, is a class given by an expert in a particular field to enlighten listeners about topics such as mastering mathematics, unpacking The Bible, a closer look at world football governing body FIFA.

Check out videos from Aza's popular #702Unplugged feature on Fridays - then be sure to subscribe! 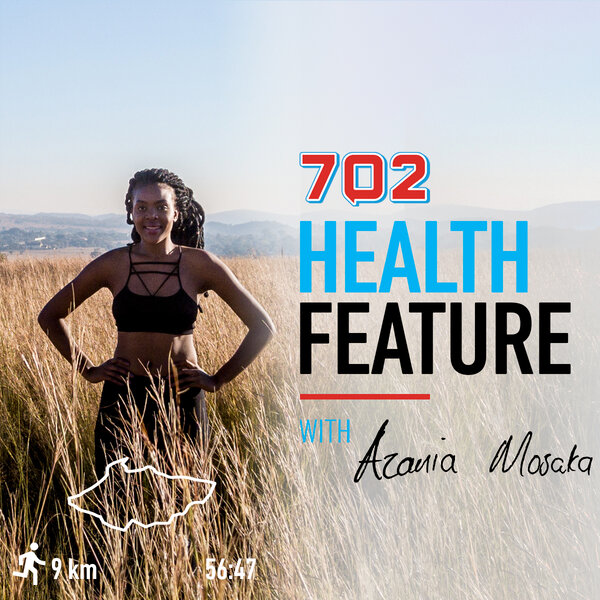 In this healthy lifestyle feature, Azania Mosaka takes a look at the world of health and wellness. 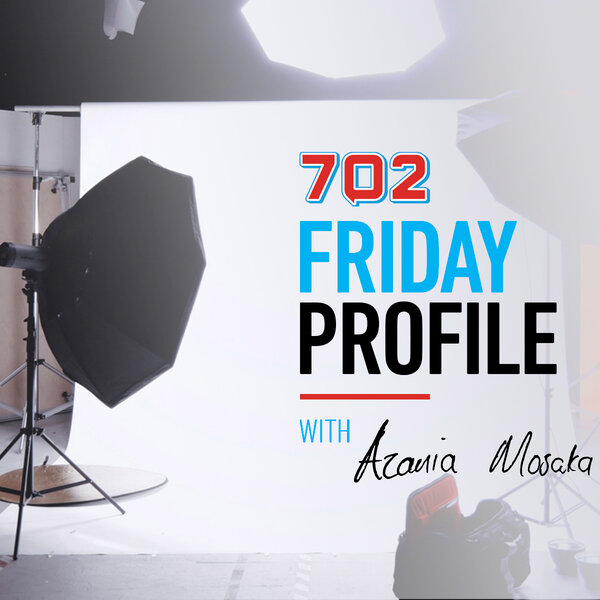 Every Friday, Azania Mosaka winds down the week by sharing the life stories of incredible newsmakers.

The Best of Azania Mosaka Show

Azania Mosaka brings her style and charm to early afternoons... Catch the highlights of the Azania Mosaka show. 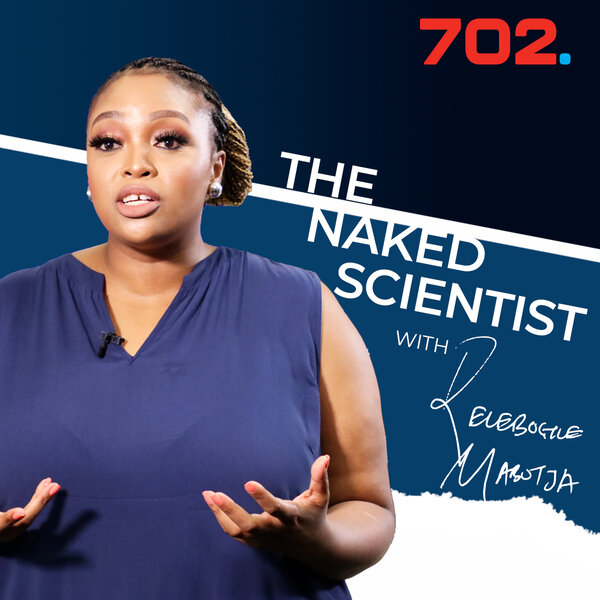 Chris Smith is a medical doctor and scientist, employed as a specialist registrar and clinical lecturer in virology at Cambridge University. He is also the founder and driving force behind The Naked Scientist.

Azania Mosaka hosts him every Monday at 2:30 pm to answer your questions. 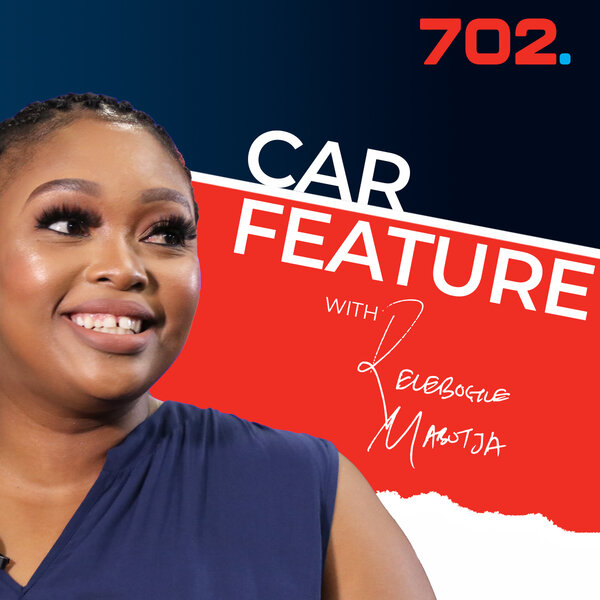 Aza isn't the only one who loves cars. In the Car Feature she gets to share her passion with 702Land's many motorheads. 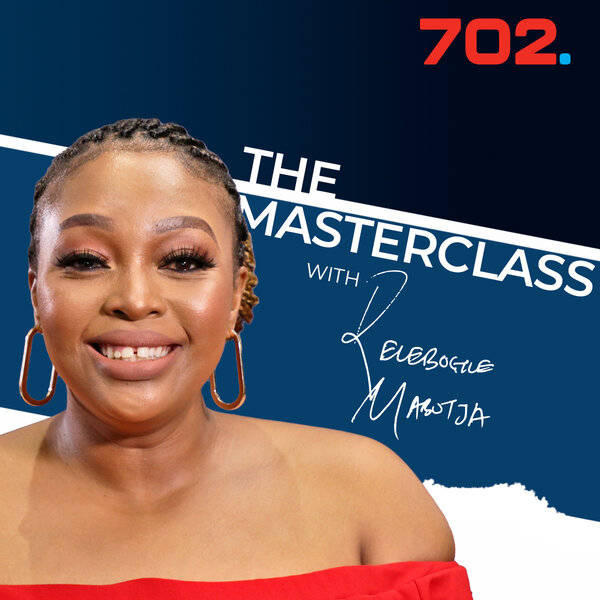 Radio designed to enlighten and enthrall... and it delivers! 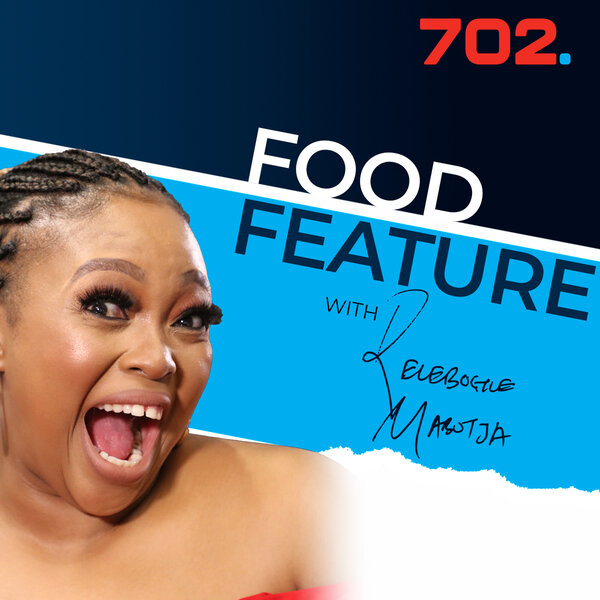 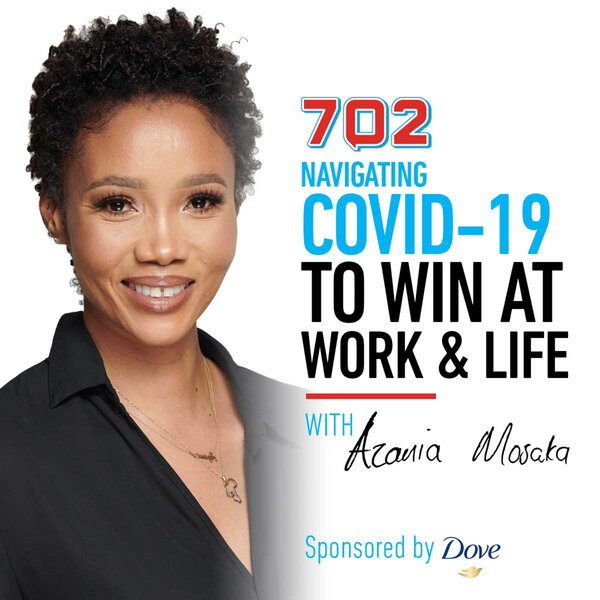 Navigating Covid-19 to Win at Work and Life

Courage is Beautiful is the latest campaign by Dove and showing care is intrinsic to the brand, celebrates the heroic acts of healthcare workers leading the front line. As a thank you to these amazing individuals, Dove has set aside R3 million, in association with ICAS, to care for the mental health of front line health care workers in South Africa. This support will be provided to health care workers and their families for free via the 24hr Dove Care on Call toll free helpline 0800 111 019. To find out more, visit Dove.com/BeSafe.

Why do we have fewer women in public discourse?

SAMA27 spokesperson Lesley Mofokeng explains why it was time to split the group.

The musician says she wanted to discover her voice outside of the collaborative space.

The research titled 'The State of Nutrition in South Africa' also shows that food consumption has changed during the lockdown.

After weeks of preparation, Azania tackled one of the most beautiful, yet challenging hikes in South Africa – the Otter Trail.

Check out these skills in high demand in SA right now

Xpatweb immigration manager Moeketsi Seboko says the list is very exhaustive and very wide, it covers all aspects and industries.

Lebo M opens up about his upcoming reality show

On the Upside of Failure feature, the producer and composer Lebo M says he is ready to show the world more about his family.