125
Today at 18:09
SARB's MPC tell consumers to tighten their belts - if they have any - and increases the repo rate. Again
The Money Show with Bruce Whitfield
Guests
Gina Schoeman - Economist at Citi Bank

125
Today at 19:18
ZOOM: Small Business Focus: How do you get the right people to do the right thing at the right time all the time
The Money Show with Bruce Whitfield
Guests
Pavlo Phitidis - Founder at Aurik Business Accelerator

125
Today at 19:33
ZOOM: Personal Finance- Can we learn anything from the Crypto market movements over the last two years?
The Money Show with Bruce Whitfield
Guests
Warren Ingram - Personal Financial Advisor and Executive Director at Galileo Capital

125
No Items to show
OnAir
filetime
status
Up Next: The John Perlman Show
See full line-up
Afternoons with Relebogile Mabotja
13:00 - 15:00
Home
Features
News
Shows
Podcasts
Competitions
Local
Politics
Business
Lifestyle
Sport
Entertainment
World
Africa
Opinion
Latest Local
President Ramaphosa to host German Chancellor Olaf Scholz in Pretoria on Tuesday Lester Kiewit interviews Deutsche Welle correspondent Daniel Pelz. 19 May 2022 1:09 PM
ANC to end free housing. Will provide land, low interest rates - but YOU build John Maytham interviews Edward Molopi of the Socio-Economic Rights Institute about the proposed shift in policy. 19 May 2022 10:51 AM
I hope ANC has learned about cadre deployment from Zondo reports - Popo Molefe Bongani Bingwa speaks to Dr Popo Molefe about the state of Prasa, Transnet and corruption. 19 May 2022 9:35 AM
View all Local
Treasury outlining criteria for govt funding of state-owned companies - Minister Bruce Whitfield interviews DDG Edgar Sishi after Finance Minister Enoch Godongwana tables the Treasury budget vote. 18 May 2022 11:19 PM
Mkhwebane is ‘one lonesome woman’ being victimised by those in power, says Mpofu Public Protector Busisiwe Mkhwebane's legal team has argued that she is “just one lonesome woman" who is being "victimised" by the... 18 May 2022 3:28 PM
Mpho Moerane unconscious and in a critical but stable condition, says family The family gave an update on his condition on Wednesday morning following claims that he had succumbed to his injuries from last w... 18 May 2022 11:48 AM
View all Politics
Does South Africa need China to save Eskom? The answer is a definitive yes and an absolute no. 19 May 2022 9:45 AM
Prescribed debts: When do you no longer have to pay? Zain Johnson spoke to Moeshfieka Botha about prescribed debt and when we are no longer obligated to pay. 19 May 2022 6:40 AM
Ex-CEO Peter Moyo loses another (final?) court challenge against Old Mutual The Money Show interviews Tabby Tsengiwe, General Manager of Public Affairs & Communication at Old Mutual. 18 May 2022 10:38 PM
View all Business
WATCH LIVE: Gospel singer Deborah Fraser remembered at memorial service The multi-award-winning gospel star died at the Chris Hani Baragwanath Hospital on Sunday after a short illness; she was 56. 19 May 2022 1:05 PM
'I wasn't a great scholar,' says veteran news broadcaster Derek Watts Always near a mic, Watts hangs out with Clement Manyathela to talk about why he decided to become a journalist. 19 May 2022 12:18 PM
Joburg city guide: Six places to try with your crew this weekend If three's a crowd, then the more the merrier this weekend. Whether connected by blood or bond, here are seven places to visit wit... 19 May 2022 11:11 AM
View all Lifestyle
Springbok’s Jantjies arrested for malicious damage to property on a flight Gauteng police said they arrested him for damaging property on a flight and he was escorted off the plane by law enforcement offic... 15 May 2022 3:02 PM
Raymond Anthony: SA's forgotten tennis star to finally be honoured Anthony was a gifted tennis player who won multiple provincial and national titles during the prime of his career in the early to... 13 May 2022 12:30 PM
SA is unlikely to host the Rugby World Cup again Rugby Africa, the continent’s governing body, voted against South Africa, making the betrayal even more hurtful but not surprising... 11 May 2022 4:49 PM
View all Sport
WATCH: Mother singing with baby strapped to her back shocks many with her voice Khabazela shares some of the videos that went viral on Twitter and Facebook. 19 May 2022 10:06 AM
Depp vs Heard: It's more complex than 'who's the victim and who's the villain?' Mandy Wiener unpacks the Johnny Depp vs Amber Heard court case with legal expert Lisa Vetten. 18 May 2022 2:56 PM
It's a binge-fest! Disney+ launches in Mzansi, bringing your favourite shows Bongani Bingwa speaks to the senior vice-president/general manager at The Walt Disney Company Africa, Christine Service, for more... 17 May 2022 7:55 AM
View all Entertainment
SA calls for concrete commitments in fight against child labour Midday Report host Mandy Wiener chats to Thembinkosi Mkalipi from the Department of Labour. 16 May 2022 3:31 PM
Calling a colleague 'bald' is now a form of harassment (in the UK at least) Clarence Ford speaks to employment lawyer Jacqui Reed about the bald British man who sued his employer for sexual harassment. 16 May 2022 12:46 PM
Anglo American aims to make mining eco-friendly with new hydrogen-fueled trucks This new hydrogen energy strategy could potentially change the mining landscape for the future and leap towards decarbonization. 13 May 2022 5:20 PM
View all World
Naspers invests big in agritech trading fresh produce across Southern Africa Bruce Whitfield interviews Naspers Foundry head Fabian Whate and Louis de Kock, co-founder of agritech startup Nile.ag. 17 May 2022 7:30 PM
SA's Biovac pushing on with Pfizer vaccine plans despite falling demand The Money Show interviews Dr Morena Makhoana, CEO of the Biovac Institute. 10 May 2022 9:31 PM
SA is top importer of French champagne in Africa, 1m bottles in 2021 Bruce Whitfield talks to Jaco Maritz (Editor, How we made it in Africa) about Africa's French champagne consumption habits. 4 May 2022 8:16 PM
View all Africa
[WATCH] Do a little good and Hollard could refund part of your premium Oresti Patricios (CEO, Ornico Group) picks Hollard Insurance's 'ChangeMaker' campaign as his advertising hero of the week. 18 May 2022 7:48 PM
Why businesses have to 'cannibalise' their old ways to have a future Mike Sharman discusses 'Brandalism: Building Brands by Vandalising the Status Quo', follow-up to his debut book 'The Best Dick'. 17 May 2022 7:42 PM
'Eskom misleads us a lot, there isn’t much put aside for maintenance' Refilwe Moloto interviews energy expert Adil Nchabeleng. 17 May 2022 10:24 AM
View all Opinion

Soundtracks of My Life

Clement Manyathela hails from a village called Vaalbank in Mpumalanga. He graduated from the University of Pretoria with A Bachelor Of Arts degree in Journalism in 2013.

He’s worked as a reporter for more than nine years and has spent many of those years reporting on politics.

He started his career at the Pretoria News as a weekend reporter while studying, had a stint at the SABC news online. He has had stints at Africa News Network and Power FM among other news organisations.

Clement - who still works as a journalist for Eyewitness News - has interviewed senior politicians and industry leaders and has covered major stories including the 2018 elections in Zimbabwe and the funeral service of former president Robert Mugabe and the 2014 elections in Lesotho.

He’s also travelled with President Cyril Ramaphosa, covering his state visits in countries such as China and India.

Clement has presented a number of high-profile live broadcasts including the inauguration of President Cyril Ramaphosa, the funeral of struggle stalwart Winnie Madikizela-Mandela and the state of the nation address.

Check out videos from The Clement Manyathela Show below... then be sure to subscribe!

The man fondly known as The Real Clement is a sought-after MC and also does television presenting. 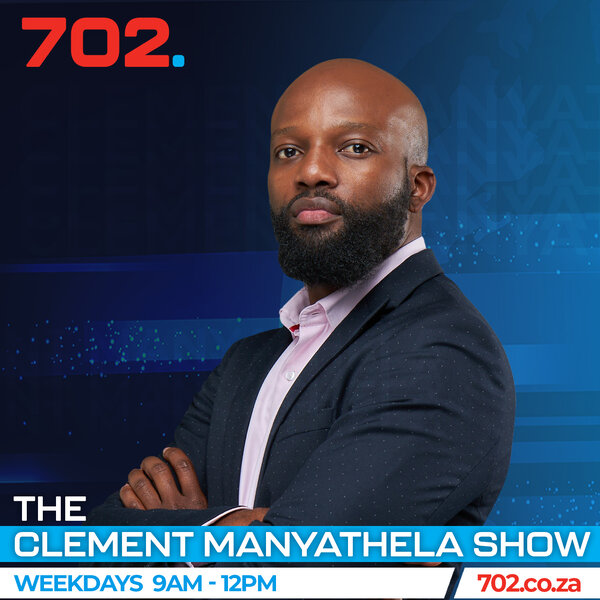 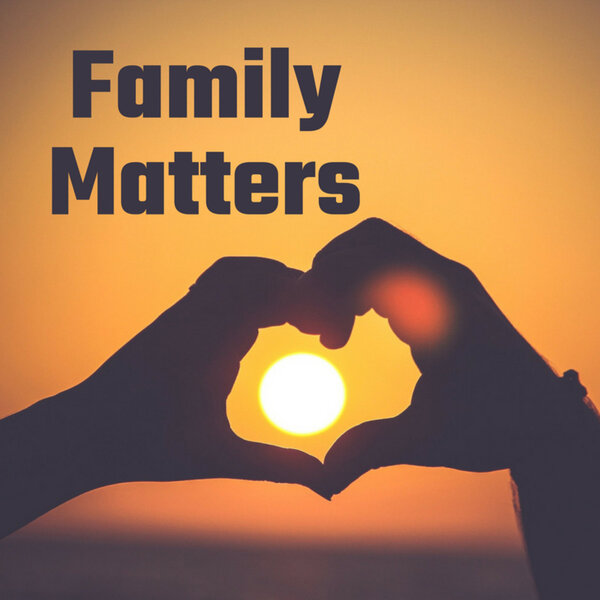 A weekly discussion about issues affecting parents and their children. Subjects range from building trust to managing anger. How to deal with anxiety and anger. Required listening for parents wanting to make the most of their parental roles.

Always near a mic, Watts hangs out with Clement Manyathela to talk about why he decided to become a journalist.

Clement Manyathela speaks to family law attorney Clorinda Scalo about the landmark ruling on the Divorce Act and what this could mean for gender equality.

Department of Arts and Culture deputy director-general for heritage promotion and preservation Vusithemba Ndima says they spent R1.7 million on the feasibility study.

Clement Manyathela speaks to experts on the future of the workplace and the influence of the fourth industrial revolution.

Health and wellness: How to manage asthma in children and adults?

Vice-chancellor and principal Prof Tawana Kupe talks to Clement Manyathela about how the centre will prepare prospective employees for the future of work.